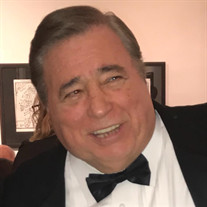 W.Thomas Newmaster Thomas Newmaster passed away peacefully on March 17, 2022 following a long battle caused by Covid-19. His guardians Steve and June Falcone were at his side when he passed. Tom, known as the” Captain,” was born in Clifton Heights, PA. He graduated from Monsignor Bonner High School and attended St. Basil College in Stamford, CT. Tom served a six year military tour of duty in the US Army Reserves consisting of six months of active duty followed by five and a half years of reserve duty. Following completion of active duty, Tom began his business career in technical and executive recruiting with Main Line Personnel where he rose to the position of Senior Vice President. After 34 years at Main Line, he founded Corporate Staffing Services which he ran for 18 years. Most recently, he was with Liberty Personnel Service. Over the years, Tom was responsible for recruiting countless individuals into positions ranging from entry level roles to corporate CEO. Many of the individuals he placed recall Tom as being firm yet polite in his personal interactions. Tom was an avid sports fan especially dedicated to the Philadelphia Eagles and Philadelphia Phillies. His best times were spent in Avalon with his friends playing pinochle or going out on a fishing boat. Tom was predeceased by his parents Anne and William Newmaster, brothers Leroy and John, and sister Renee Barrett. He is survived by his niece Joan Salvatore and many great friends. Services will be held on Friday, March, 25 with visitation at 9:30 a.m. followed by funeral services at 10:30 a.m. at Holy Myrrh-Bearers Ukrainian Catholic Church located at 900 Fairview Rd., Swarthmore, PA. Burial will be in SS Peter and Paul Cemetery, Marple Township, PA. Donations in Tom’s name may be mailed to: Ukrainian Catholic Archeparchy of Philadelphia 810 N. Franklin Street Philadelphia, PA 19123 Please make checks out to “Ukrainian Catholic Archeparchy of Philadelphia” Please write on the bottom of the check: “Humanitarian Relief Fund for Ukraine” In memory of Thomas Newmaster.

W.Thomas Newmaster Thomas Newmaster passed away peacefully on March 17, 2022 following a long battle caused by Covid-19. His guardians Steve and June Falcone were at his side when he passed. Tom, known as the&#8221; Captain,&#8221; was born... View Obituary & Service Information

The family of W. Thomas Newmaster created this Life Tributes page to make it easy to share your memories.

Thomas Newmaster passed away peacefully on...

Send flowers to the Newmaster family.