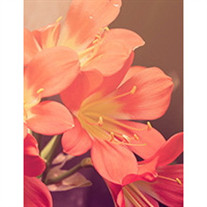 Teresa Joan McFadden Homemaker Mrs. Teresa Joan (nee Kish) McFadden, 83, died on February 28, 2019, at the Crozer Keystone Hospice Residence at Taylor Hospital in Ridley Park, PA. A Springfield resident for the last three years, Mrs. McFadden was born in Philadelphia, PA. She was a graduate of West Catholic High School for Girls. She was a former longtime resident of Aldan, PA. She was co-owner of the McFadden Funeral Home in Aldan and was a member of St. Joseph Church in Collingdale. Mrs. McFadden was an avid gardener. She loved the New Jersey shore and Cape Coral, FL. She enjoyed visiting the casinos with her late husband, Donald. She is survived by her children, John J. (Anne) McFadden of Springfield, Claire (John) McLoughlin of Owasso, OK, Don (Andrea) McFadden of Largo, FL, two sisters, Barbara Goetz and Patricia McFadden, a brother, John J. Kish, Jr., 7 grandchildren, Lauren, John and Alyssa McFadden; John, Jessie and Jared McLoughlin; and Bryan McFadden, and one great-son, Noah McFadden. She was predeceased by her husband, Donald McFadden in 2010, and a daughter, Joani McFadden in 2015. Relatives and friends are invited to her visitation on Thursday, March 7, after 9:30 AM at St. Francis of Assisi Church, 136 Saxer Avenue, Springfield, PA 19064 followed by her funeral Mass at 11:00 AM. Inurnment will be in SS Peter & Paul Cemetery, Springfield, PA. Memorial gifts may be made to the Crozer Keystone Inpatient Hospice at Taylor, 200 W. Sproul Rd., Springfield, PA 19064.

The family of Teresa Joan McFadden created this Life Tributes page to make it easy to share your memories.

Send flowers to the McFadden family.