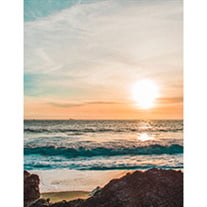 Rocco A. DiTaranto, Ph.D Widener Professor Dr. Rocco A. DiTaranto, 91, died peacefully at his home in Springfield surrounded by family on September 5, 2017. Born in Philadelphia, PA, Dr. DiTaranto graduated from South Philadelphia High School. He then earned a Mechanical Engineering degree from Drexel University. Recognizing his passion for Engineering he earned is M.S. in Physics and his Ph.D in Engineering both from the University of Pennsylvania. Dr. DiTaranto was part of the initial group establishing the Engineering Program at Pennsylvania Military College (PMC), later to become Widener University. He was a professor at PMC/Widener University for 45 years, retiring in 2000. He was also an Associate Professor at Drexel University from 1959-1962. Professionally, Dr. DiTaranto was a consultant to Boeing, Damaskos, Inc., Scott Paper, Yarway, Allegheny Ballistics Laboratory, The Naval Air Development Center, U.S. Ship Research and Development, Philco Corp., Piasecki Helicopter, Westinghouse Aviation-Gas Turnbine Division, RCA Corp. Additionally he was an expert witness for product liability cases and also an Acoustic Specialist for the EPA. Dr. DiTaranto was a member of Acoustical Society of America, American Helicopter Society, American Institute of Aeronautics and Astronautics, American Society of Engineering Education, and the American Society of Mechanical Engineers. He received a service citation from ASME Philadelphia Section Service Citation, a NSF Travel Grant to present a paper in Leuven, Belgium, a developmental contract from the U.S. Navy, and two NSF Research Grants. He was a member of St. Francis of Assisi Church in Springfield and loved opera and sports and spending time with his family. He is survived by his wife of 61 years, Rosemary (nee Kelly) DiTaranto, 3 sons, James (Brenda), Paul, and Michael DiTaranto, and a daughter Maria (Tom) Johnson, as well as 8 grandchildren and 3 great-grandchildren. Relatives and friends are invited to his viewing on Saturday, September 9, 2017, after 9:00 AM at St. Francis of Assisi Church, 136 Saxer Avenue, Springfield, PA, followed immediately by his funeral Mass at 10:00 AM. Interment will be in SS Peter & Paul Cemetery. Memorial gifts may be made to the above named church or to Maryknoll Sisters, P.O. Box 317, Maryknoll, NY 10545.

The family of Rocco A. DiTaranto, Ph.D created this Life Tributes page to make it easy to share your memories.