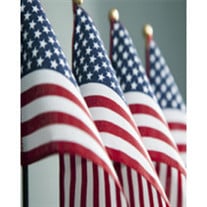 Rens H. Swan, P.E. Mechanical Engineer Mr. Rens H. Swan, 90, of Springfield, PA, died on August 25, 2017, at Penn Hospice Care at Rittenhouse in Philadelphia. Born in Bristol, PA, Mr. Swan was a graduate of West Philadelphia High School and   Drexel Institute of Technology, with a B.S. in Mechanical Engineering. He was a champion diver and gymnast in high school and college. He was a resident of Springfield for the last 65 years. Mr. Swan was a veteran of World War II where he served as a Navy electronic technician. He began his engineering career with the Piasecki Aircraft Corp. and then worked for Boeing Aircraft in Ridley Township for 41 years, retiring in 1991. He was the manager of Weight Technology at Boeing and involved in virtually every aircraft project, trade study and major proposal effort during his tenure there. He was on the first developmental crew for the Chinook helicopter.  He was an active and devoted member of Covenant United Methodist Church where he taught 7th grade Sunday School, served on the Board of Trustees and Administrative Board, was Chairman of the Property Committee, and participated in the Covenant Men's Breakfast group.  He headed the Wednesday Willing Workers at Covenant as well as being a conformation mentor and participating in mission trips with the Appalachian Service Project. Mr. Swan was a member of the Society of Aircraft Weight Engineers (S.A.W.E.).  He was a member of Boeing Lifetime Management Committee and was also a member of the American Helicopter Society. He was an accomplished woodworker and created hope chests, coffee tables, toys, clocks and home decorations.  He was an avid camper and enjoyed many vacations camping with his family, and traveling cross country with his late wife.  Over the years, his many hobbies included skiing, softball, music, and travel. He especially enjoyed bike riding, particularly with his brother. He was also a talented handyman who could fix just about anything, and he built TVs and stereos from scratch.   He was a devoted friend to all, and especially devoted to his family. He is survived by his four daughters, Bonnie (Carl) Swan, Barbara Swan, Betsy (Kendall) Pritchard, and Beryl (Stephen) Pugliese, his brother, William Swan, 12 grandchildren,  9 great-grandchildren, and many nieces and nephews,  He was predeceased by his beloved wife of 63 years, Jane Spear Swan in 2014, as well as 2 great-grandsons, his sister Ruth Grant, and his brother Ralph Swan. Relatives and friends are invited to his visitation on Thursday, August 31, 2017, after 10:00 AM at the Covenant United Methodist Church, 212 W. Springfield, PA 19064, followed immediately by his funeral service at 11:00 AM. Interment will be in the church memorial garden. Memorial gifts may be made to the building fund of the above named church.

The family of Rens Swan created this Life Tributes page to make it easy to share your memories.

Send flowers to the Swan family.