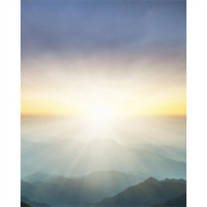 Nicholas J. DeProspero Steam Fitter Mr. Nicholas J. DeProspero, 84, of Springfield, PA, died on December 26, 2016, at Harlee Manor Nursing and Rehabilitation Center. Born in Philadelphia, Mr. DeProspero attended Upper Darby High School.  He resided in Springfield for 55 years. Mr. DeProspero was a steam fitter with Local #420 and after his retirement became a school bus driver for the Springfield School District.  He was a member of St. Kevin Church as well as the St. Kevin Senior Group.  He was also a member of the Knights of Columbus De LaSalle Council.  He was an avid golfer and enjoyed playing poker and going to the race track. He is survived by a daughter, Gail Green, a son, Nicholas, DeProspero, Jr., a daughter, Valerie Abt, and a son Matthew DeProspero, a brother, William DeProspero, 10 grandchildren, and 11 great-grandchildren, and a dear companion, Carol McCarry.  He was predeceased by his wife of 58 years, Eleanor DeProspero, a daughter, Donna DeProspero, and a brother, Albert DeProspero. Relatives and friends are invited to his viewing on Saturday, December 31, 2016, after 10:00 AM followed immediately by his funeral Mass at 11:00 AM at St. Kevin Church, 200 W. Sproul Road, Springfield, PA 19064. Entombment will be at SS Peter & Paul Cemetery, Springfield, PA. Donations in his memory may be made to the Children's Hospital of Philadelphia, Donor Relations, Att'n: Foundation Dept., P.O. Box 781352, Philadelphia, PA 19178.

The family of Nicholas J. DeProspero created this Life Tributes page to make it easy to share your memories.

Send flowers to the DeProspero family.