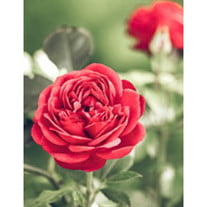 Louise A. Massie Mrs. Louise A. (nee Anderson) Massie, 93, formerly of Folsom, PA, died on June 14, 2018, at Brighten Gardens in Centerville, OH. Born in Statesboro, GA, Mrs. Massie was a graduate of the Statesboro High School in 1941. She was also a graduate of Draughon's Practical Business College in Savannah, GA. The 50 plus year resident of Folsom, PA, moved to Centerville, OH about 3 years ago. While residing in Folsom Mrs. Massie was employed by Scott Paper Co. and later by Boeing Corp. before her retirement. She was a long time member of Springfield Baptist Church and the Edgewood School PTA where she served as president. She was also a member of Parents Without Partners. Mrs. Massie was an avid gardener, especially growing roses. An accomplished seamstress, she was in charge of costume design where she lead a team of seamstresses who created costumes for the annual show at the Edgewood Elementary School. She made her daughter Shelly's wedding gown, most of the bridesmaids dresses, and her own dress as well. She is survived by her daughter, Mary (Tom) Sipple of Bellbrook, OH, her grandchildren, Ryan McLaughlin of Honeybrook, PA, Rebecca Walsh of Phoenixville, PA, Lara Wells of Fairfield, OH, Christine Seidman of Ardmore, PA, Savannah Seals of West Alexandria, OH, and Jesse Sipple of Bellbrook, OH. She is also survived by 15 great-grandchildren and a son-in-law, Rich McLaughlin. She was predeceased by her husband, Stanley Massie, and her daughter, Shelly McLaughlin. Relatives and friends are invited to her viewing on Thursday, June 21st, from 6:00 PM until 8:00 PM at the Kovacs Funeral Home, Inc., 530 W. Woodland Avenue, Springfield, PA 19064. Additional calling hours will be held on Friday at the funeral home after 11:00 AM followed by her funeral service at 12:00 PM. Interment will be in Glenwood Memorial Gardens, Broomall, PA. Memorial gifts may be made to the Center for the Blind and Visually Impaired, 100 W. 15th St., Chester, PA 19013 or to the Springfield Baptist Church, 184 N. Norwinden Drive, Springfield, PA 19064.

Louise A. Massie Mrs. Louise A. (nee Anderson) Massie, 93, formerly of Folsom, PA, died on June 14, 2018, at Brighten Gardens in Centerville, OH. Born in Statesboro, GA, Mrs. Massie was a graduate of the Statesboro High School in 1941. She... View Obituary & Service Information

The family of Louise A. Massie created this Life Tributes page to make it easy to share your memories.

Send flowers to the Massie family.