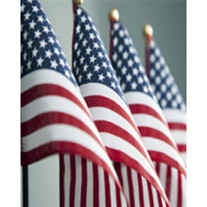 Larry Owens Telecommunications Manager Mr. Larry Owens, 69, of Springfield, PA, died on October 16, 2016 at the Hospital of the University of Pennsylvania in Philadelphia. Born in Philadelphia, Mr. Owens was a 1965 graduate of Upper Darby High School.  He attended Millersville and West Chester Universities.  He was a resident of Springfield for 41 years. Mr. Owens was a manager in the telecommunications industry for 42 years retiring in 2014.  He was a member of Covenant United Methodist Church in Springfield.  He was an US Army veteran of the Vietnam War. He was an avid sports fan, especially the Flyers.  He had travelled all over Europe with the 7th Army Soldiers Chorus.  Mr. Owens was very active with the adult choir of Covenant United Methodist Church.  He was very active in the lives of his children and grandchildren. Surviving is his wife of 45 years, Patricia (nee Gaul) Owens, a son, Matt Owens and a daughter, Stacey (Mark) Rosser, both of Springfield, a brother, the Rev. Dr. Dale E. (Patti) Owens of Springfield, 4 grandchildren and one great-grandchild.  He was predeceased by his parents, Robert and Mary Owens, and a sister, Dawn Smith. Relatives and friends are invited to his visitation on Saturday, October 22, from 11:00 am to 1:00 pm followed immediately by his funeral service at 1:00 pm at the Covenant United Methodist Church, 212 W. Springfield Road, Springfield, PA 19064. Inurnment will be in the Covenant Church Memorial Garden. Donations in his memory may be made to the Covenant Church at the above address.

Larry Owens Telecommunications Manager Mr. Larry Owens, 69, of Springfield, PA, died on October 16, 2016 at the Hospital of the University of Pennsylvania in Philadelphia. Born in Philadelphia, Mr. Owens was a 1965 graduate of Upper Darby... View Obituary & Service Information

The family of Larrry Owens created this Life Tributes page to make it easy to share your memories.

Send flowers to the Owens family.