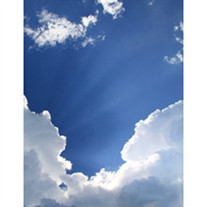 Jean Williams Mrs. Jean (nee Smith) Williams, 96, died on February 12, 2018, at Crozer Keystone Hospice at Taylor Hospital. Born in Grenloch Terrace, New Jersey, Mrs. Williams was a 1939 graduate of Upper Darby High School. She was a resident of Springfield since 1953. She was best known for her work at Patler's Drug Store in Springfield for many years. She was a member of C.C. Hancock Memorial United Methodist Church as well as the Republican Party of Delaware County. She enjoyed cooking and baking, games, especially electronic ones, and spending time with her grandchildren and great-grandchildren. She is survived by two sisters, Dorothy Greeby and Betty Hesser, two grandchildren, Kristen Suydam and Michael Kelly as well and four great-grandchildren, Amanda, Ashley, Katelyn and Samantha. She was predeceased by her husband, Paul Williams in 1995, her daughter, Sandra Kelly, and a sister, Anne Tuttle. Relatives and friends are invited to her memorial service on Thursday, February 15, 2018, at 11:00 AM at C.C.HancockMemorial United Methodist Church, 542 Wesley Road, Springfield, PA 19064. Interment will be private. In lieu of flowers donations in her memory may be made to the above named church.

The family of Jean Williams created this Life Tributes page to make it easy to share your memories.

Send flowers to the Williams family.