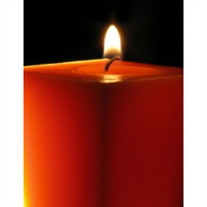 Mr. James A. McGee, Jr, 64, died on November 11, 2017, at Aria Jefferson Health Torresdale Hospital after a brief illness. Born in Darby, PA, Mr. McGee was a graduate of St. Francis of Assisi grammar school as well as Springfield High School. He was a peace-time veteran of the Air Force. He resided the last two years in Collingdale. He was a former chef at the Delaware County Memorial Hospital in Drexel Hill. He loved his truck and enjoyed cooking and baking. He is survived by his wife, Ellen (nee McAllister) McGee, two sons, Matthew and Patrick McGee, his mother, Emma McGee, one sister, Michele McGee and three brothers, Kevin, Timothy, and Michael McGee. He was predeceased by his father, James McGee, and a sister, Maureen Santoro. Relatives and friends are invited to his graveside service on Friday, November 17, at 1:00 pm at SS Peter & Paul Cemetery, 1600 S. Sproul Road, Springfield, PA 19064.

The family of James A. McGee, Jr. created this Life Tributes page to make it easy to share your memories.