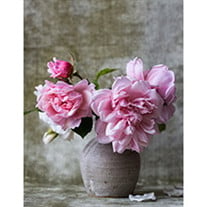 A beautiful mother, grandmother, sister, daughter, and aunt, Jacqueline (Jackie) Ann (nee McMenamin) Papas went back to her heavenly home on Tuesday, July 25th, 2017.  She was born on September 30, 1935. Jackie grew up in the Fairmount section of Philadelphia.  She attended Hallahan School.  After marrying her husband, Richard Papas, in 1955.  They lived in Sharon Hill PA and relocated to Springfield PA in 1977. Jackie worked for a short time at Fitzgerald Mercy Hospital.  She then went on to receive her secretarial certificate at Katherine Gibbs in Philadelphia, PA. Jackie then worked and eventually retired from AT&T and then moved with her husband to Smithville NJ, where they lived for 18 years. Jackie loved working in her Smithville garden, where she always had beautiful flowers and birdhouses.  She loved all nature and being outside.  She especially loved the mountains and being down the shore, but she could find beautiful nature to appreciate wherever she was.  She and Rick enjoyed the companionship of their kind and wonderfully supportive neighbors, Ellen and Dave Brophy, as well as the other neighbors in their cul-de-sac. Jackie is survived by daughters, Mariann (Paul) Gibson, Theresa (Brent) Ashcraft, Kathleen Papas, son Richard Papas and her beloved brother Ron McMenamin. She is also survived by  three grandsons, Andrew, Jeffrey and Jace Ashcraft, granddaughter, Jaclyn Gibson and great grandson, Samuel Ashcraft. She is also blessed to with many nieces and nephews. Jackie is predeceased by her husband Richard Papas, daughter, Jackie and sister Dolores (Dolly). Her family wishes to gratefully acknowledge the wonderful care and companionship she received at Meadowview Nursing and Rehabilitation in Northfield, NJ. Jackie's viewing will be held at Kovacs Funeral Home at 530 West Woodland Avenue, Springfield, PA  19064 at 2:00 pm on Sunday, July 30th with a memorial service at 3:00 pm.

A beautiful mother, grandmother, sister, daughter, and aunt, Jacqueline (Jackie) Ann (nee McMenamin) Papas went back to her heavenly home on Tuesday, July 25th, 2017.  She was born on September 30, 1935. Jackie grew up in the Fairmount... View Obituary & Service Information

The family of Jacqueline A. Papas created this Life Tributes page to make it easy to share your memories.

Send flowers to the Papas family.