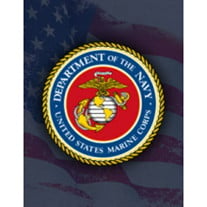 George G. Johnson George G. Johnson, 92, a resident of Springfield passed at home into his Savior's presence on February 7, 2018. He was employed for more than 30 years as a Toll Collector and Supervising Toll Collector on the New York State Thruway Authority. George was a US Marine Corps Veteran of WWII, serving in the 4th Marine Division. He saw action in four vicious, over-the-shore island campaigns culminating in the capture of Iwo Jima. He was recalled for the Korean Conflict serving stateside and rising to the rank of Sergeant. Between the wars he married the love of his life, a Navy Nurse - Leona M. Jones. They were married for 64 years, Lee predeceased George in 2014. The Johnsons initially lived in Queens NY, moved to Williamsville NY in the late 1950s where they were active in Hedstrom Memorial Baptist Church; George served as a Trustee. Upon retirement in 1982, the Johnsons moved to Fayetteville NC to be closer to their sons who were in the military. They were active in the Fayetteville Christian Church where George served as an Elder. Following a traumatic home invasion, they moved to Springfield PA in 2010 where they became active in the Springfield Baptist Church. The Johnsons had two sons - Rev. Wylie W. Johnson, and George R. Johnson (Lawyer). They were blessed with six grandchildren - Rhoda, Rebekah, Sarah, Suzanna, Benjamin (deceased), and Caitlyn. They also have four great-grandchildren. A Memorial Service is scheduled for 11 am (visiting time is 10 am) on Saturday, February 10th at the Springfield Baptist Church, 184 N. Norwinden Dr. Springfield PA 19064. Memorial donations may be made to the Springfield Baptist Church, or to the Fayetteville Christian Church, 4276 Rosehill Rd, Fayetteville, NC 28311. George will be interned, with full military honors, beside his wife Lee in Arlington National Cemetery at a later date.

The family of George G. Johnson created this Life Tributes page to make it easy to share your memories.

Send flowers to the Johnson family.