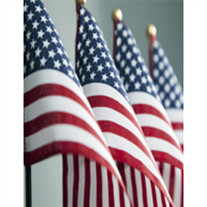 Domenick Cane Engineer Mr. Domenick Cane, 87, died suddenly on September 14, 2017, at Riddle Memorial Hospital in Media, PA. Born in Philadelphia, Mr. Cane was a graduate of South Philadelphia School for Boys as well as Drexel Institute of Technology where he earned his degree in Mechanical Engineering. A former resident of Springfield, Mr. Cane moved to Glen Mills two years ago. He was employed for over 40 years as a mechanical engineer by Westinghouse and DuPont. Mr. Cane was a member of St. Kevin Church in Springfield. A marine veteran, he served during the Korean War. He was a member of the American Society of Mechanical Engineers (ASME). An avid Phillies fan, Mr. Cane also loved the seashore, reading, and movies. He was devoted to his family. He is survived by his wife, Anne (nee Giacobbe) Cane, two sons, Donald and Gary (Catherine) Cane, and two daughters, Linda (Bud) Gibson and Nancy (Samuel) Hillanbrand. He is also survived by 8 grandchildren and 5 great-grandchildren. Relatives and friends are invited to his viewing on Wednesday, September 20, 2017, after 10:00 am at St. Kevin Church, 200 W. Sproul Road, Springfield, PA 19064 followed immediately by his funeral Mass at 11:00 AM. Interment will be in SS Peter & Paul Cemetery, Springfield, PA.

The family of Domenick Cane created this Life Tributes page to make it easy to share your memories.

Send flowers to the Cane family.