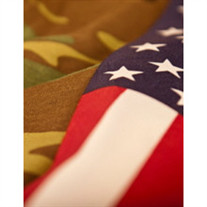 Charles J. Casalnova Sales Manager Mr. Charles J. Casalnova, 89, died on September 25, 2018, at his home in Springfield, PA. Born in Philadelphia, Mr. Casalnova was a graduate of S. Catholic High School (now St. John Neumann). He was a resident of Springfield for 53 years. Mr. Casalnova was the former manager of Silo Appliances in Clifton Heights, PA. Prior to that he was the former owner of Oak Crest Cold Cuts in Clifton. He was a member of St. Francis of Assisi Church where he served as a Eucharist Minister. Mr. Casalnova was active in the food collection at St. Francis of Assisi as well. He was a member of the Over Fifty Club at St. Francis, and the St Vincent de Paul Society and was treasurer of both groups. He enjoyed following the Phillies and horseracing. He is survived by his wife of 57 years, Helen (nee Grandfield) Casalnova, a daughter, Beth (Richard) Shriver, a son, Charles C. (Etta) Casalnova, and a daughter, Luci (Lee) Keeler, and 7 grandchildren, Joseph, Kirsten, Hana, Abby, Claire, Kevin, and Katie. He was predeceased by his parents, Anthony and Lucy (nee Barratta) Casalnova, and two brothers, Anthony, Jr. (Andy) and Joseph Casalnova. Relatives and friends are invited to his viewing on Saturday, September 29, after 9:30 AM until the time of his funeral Mass at 11:00 AM at St. Francis of Assisi Church, 136 Saxer Ave., Springfield, PA 19064. Interment in SS Peter & Paul Cemetery, Springfield, PA. In lieu of flowers memorial gifts may be made to the St. Vincent de Paul Society, c/o St. Francis of Assisi Church at the above address.

The family of Charles J. Casalnova created this Life Tributes page to make it easy to share your memories.

Send flowers to the Casalnova family.