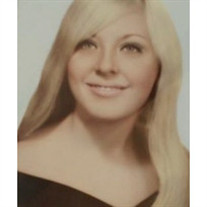 Caryn K. Abdill Bachelor of Science, Nursing Mrs. Caryn K. (nee Kiscaden) Abdill, 66, died on August 4, 2017 at Chester County Hospital in West Chester, PA. Born in Lansing, MI, Caryn was a long-time resident of Springfield, PA.  She was a 1969 graduate of Springfield High School as well as Widener University (1984) with a BSN degree.  Prior to moving to West Chester in 1999, Caryn lived in Aldan, PA. She was employed as a Surgical Nurse at the University of Pennsylvania Hospital as well as a perioperative staff nurse and a manager of the urology outpatient unit from 1984 to 1990.  Later she became a Clinical Research Coordinator at the Jefferson University Hospital for drug and device trials.  She was a Clinical Scientist for Smith-Kline-Beecham with the pulmonary/diabetes therapeutic unit in Collegeville, PA. In the late 1990s, Caryn worked in the Clinical Research Department for Nycomed, Inc. as a Medical Writer preparing reports for submission to the FDA.  Subsequently, Caryn worked as a Drug Safety Specialist with AstraZeneca in Wilmington, DE.  She then advanced to the position of Senior Drug Safety Scientist with Cephalon, Inc. in West Chester, PA where she worked until 2004. After 2004, Caryn pursued many jobs in areas near and dear to her heart. These included work as an avid antiques dealer, a sales assistant in an upscale consignment shop, and most recently, a Home Health Aide for Senior Helpers. Caryn was extremely benevolent to her family, friends and others. This was exemplified by the hundreds of baby blankets she lovingly crocheted for the Neo-natal Unit at Chester County Hospital through the Gerry Friends Association, and the constant flow of care packages she personally packed and mailed overseas to our servicemen and servicewomen.  Caryn cherished her trips to the Jersey shore, loved the color purple, and was a true fan of Winnie the Pooh. She was an accomplished seamstress (she made beautiful Christmas quilts for each member of her immediate family) and an excellent cook.  Caryn was also an enthusiastic member of the Top Dead Center Motor Club. She is survived by her husband, Terrance S. Abdill, a son, Michael (Elizabeth) Abdill, her mother, Dorothy Kiscaden, one grandson, Justin Abdill, three sisters, Dorothy (Kevin) Stewart, Nancy (Barry) Fritz, and Donna (Stephanie) Kiscaden, one brother, Roy (Arlene) Kiscaden.  She is also survived by four nephews and one niece who she loved dearly. She was predeceased by her father, Roy Kiscaden. Relatives and friends are invited to her visitation on Saturday, August 12th at the Lownes Free Blue Church, 940 Baltimore Pike, Springfield, PA 19064 between 10 a.m. and 11 a.m. This will be immediately followed by her funeral service at 11 a.m. Light refreshments will be shared following the service. Internment will be private. In lieu of flowers, memorial gifts may be made to the NICU unit at Chester County Hospital (log onto chestercountyhospital.org and then click the Menu, Giving, Make a Gift and select NICU).

The family of Caryn K. Abdill created this Life Tributes page to make it easy to share your memories.

Send flowers to the Abdill family.