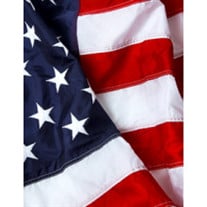 Carl F. Unger Teacher Mr. Carl F. Unger, 86, died on July 18, 2018, at his son's home in Springfield. Born in Hagerstown, MD, Mr. Unger was a graduate of North Catholic High School in Philadelphia. He received a bachelor degree from St. Joseph University and later his master degree in education from Villanova University. He was a resident of Broomall for 55 years. He previous lived in Drexel Hill. He taught English in the West Deptford School District for over 30 years, where he retired in 1992. In those 30 years he never missed a day of work. Before he began his teaching career he worked for the Pennsylvania Railroad. He was an army veteran of the Korean War. Mr. Unger was a member of St Pius X Church in Broomall. He took pride in caring for his lawn and was an avid handyman. He mostly spent time with his family, where he especially enjoyed his grandchildren. He is survived by a son, Carl G. (Kathy) Unger, a daughter, Lisa (Daniel) Albany, both of Springfield, and six grandchildren, Kelly, Carl, Kim, Christie, Jenna and Daniel. He was predeceased by his wife, Mary Adele Unger, on February 10, 2018. Relatives and friends are invited to his visitation on Monday, July 23, after 9:00 AM at St. Pius X, 220 Lawrence Rd., Broomall, PA 19008 followed by his funeral Mass at 10:00 M. Interment in SS Peter & Paul Cemetery, Springfield, PA. Memorial gifts may be made to St. Jude's Children's Hospital, 501 St. Jude Place, Memphis, TN 38105-1942 or to a charity of the donor's choice.

The family of Carl F. Unger created this Life Tributes page to make it easy to share your memories.

Send flowers to the Unger family.