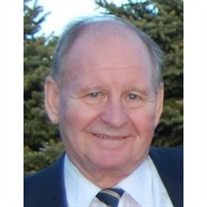 Allen J. Brennan Music Educator Mr. Allen J. Brennan, 83, died on April 22, 2019, at Penn Hospice at Chester County in West Chester, PA. Born in Philadelphia, Mr. Brennan was a graduate of West Catholic High School for boys in 1953. He later earned his Bachelor of Fine Arts degree in piano performance and a Master of Arts degree in music education from the University of Pennsylvania. He began his first job in New Jersey teaching elementary music traveling among 9 schools and teaching private piano lessons at The Yardumean Music School. He subsequently taught vocal music for the Springfield School District (Delaware County) for over 30 years directing the choirs at both E.T. Richardson Middle School and Springfield High School. Over this time, he continued to teach private piano lessons to both children and adults. After his retirement, Mr. Brennan went on to teach music at Penn Charter High School for another 5 years. He pursued numerous other musical endeavors over his life including serving as a music arranger for the Woodland String Band of Philadelphia. He was a resident of Springfield since 1972. Mr. Brennan was a dedicated church musician serving as the choir director at St. Kevin Church in Springfield and later at St. Robert Church in Chester alongside his wife, Helen, who played the organ. More recently, he served as the pianist/organist at St. Stephen's Episcopal Church in Clifton Heights. As an active parishioner of St. Kevin's, he served in numerous capacities over the years most notably as a Eucharistic Minister. He enjoyed woodworking, being a "handyman", and was an avid Philadelphia sports fan. He was deeply devoted to family. He is survived by his two sons, Joseph, husband of Judy Brennan of Hainesport, NJ, Dr. Brian, husband of Dr. Sarah Spratt Brennan of Arlington, MA, a daughter, Dr. Kathleen Agren, fiancé to Charles Tofsted, of Morton, PA, one brother, Joseph Brennan of Kennett Square, four sisters, Suzanne Ladek (Thomas) of Aurora, CO, Mary Horvath (Robert) of Cherry Hill, NJ, Julie MacGregor (William) of Parkerford, PA, and Regina Mallon (Charles) of Downingtown, PA. He is also survived by 11 grandchildren and 5 great-grandchildren. He was predeceased by his wife, Helen C. Brennan in 2018, a daughter, Mary Claire Huesken, and a brother, James Brennan. Relatives and friends are invited to his viewing on Thursday, April 25, from 6 to 9 PM at the Kovacs Funeral Home, Inc., 530 W. Woodland Ave., Springfield, PA 19064. They are also invited to his viewing on Friday, April 26, from 10 to 10:45 AM at St. Kevin Church, 200 W. Sproul Road, Springfield, PA 19064 followed by his funeral Mass at 11:00 AM. Interment will be in SS Peter & Paul Cemetery, Springfield, PA. Memorial gifts may be made to the Lupus Foundation, www.lupus.org/tristate .

The family of Allen J. Brennan created this Life Tributes page to make it easy to share your memories.

Send flowers to the Brennan family.