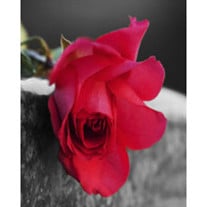 Adele M. Laverty Homemaker Mrs. Adele M. (nee Woolfall) Laverty, 90, died on March 29, 2017, at the West Gate Rehabilitation and Nursing Center in Havertown, PA. Born in Philadelphia, PA, Mrs. Laverty was a graduate of West Philadelphia High School.  She was a resident of Springfield, PA for 60 years before moving to Havertown.  Mrs. Laverty was a member of the Covenant United Methodist Church in Springfield.  She was a devoted caregiver to her husband, two sons, and her mother and mother-in-law. She is survived by a daughter, Joan (John) Murray, a brother, Jack (Sue) Woolfall, 4 grandchildren and 2 great-grandchildren and a Daughter- in- law Joan Laverty Ihlenfeld .  She was predeceased by her husband, David, two son, Kenneth and David, and two sisters, Helen Henshey and Joan Eustace. Relatives and friends are invited to her viewing on Monday, April 3, 2017, after 10:00 AM at the Kovacs Funeral Home, 530 W. Woodland Avenue, Springfield, PA 19064 followed immediately by her funeral service at 11:00 AM. Interment will be in Arlington Cemetery, Drexel Hill, PA.

The family of Adele M. Laverty created this Life Tributes page to make it easy to share your memories.

Send flowers to the Laverty family.